Home › General › 5 Complaints That Can Lead to Compensation

5 Complaints That Can Lead to Compensation 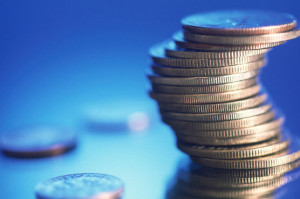 Personal injuries are one of the most commonly occurring incidents upon which lawsuits are based in this country. Data from the National Center for Health Statistics shows that around 31 million personal injuries occur every year which require a doctor’s care and of those, at least 2 million require hospitalization for some period of time. Of the 5.5 million motor vehicle accidents that occur annually, the National Highway Traffic Safety Administration reports that 3 million of those involve injuries and another 46,000 involve a death.

The U.S. Bureau of Justice Statistics tells us that of the roughly 30,000 tort, contract, and real property trials annually prosecuted, roughly 60% involve personal injury cases. There are simply a great many cases every single year that involve personal injury, and many of those hinge on someone’s negligence or are possibly intentional. Most plaintiffs pursuing a personal injury trial anticipate an award or compensation for some combination of pain and suffering, lost wages, and medical bills.

Here are some of the largest categories of legal action that generally involve compensation. According to law firm Gilbert & Bourke, people involved in any of these kinds of incidents should contact an experienced and knowledgeable attorney and consult whether there are grounds for legal action.

Injuries like these can be prosecuted in court if they occur on someone else’s premises, because the property owner can be held legally responsible. Slips on icy sidewalks are one common type of slip and fall injury, but these are not the only type by any means. Lesser known falls due to torn carpets, poor lighting, uneven flooring, narrow stairs, or wet floors are all injuries that might be eligible for compensation in a lawsuit.

Accidents at a construction site are fairly common, because a great deal of heavy equipment is generally on the site, many kinds of tools are being used, and there are building materials stacked all around the site which can obstruct vision and cause falls. On high-rise buildings, the potential for accidents increases significantly simply because of the tremendous heights above the ground and the risk of falls.

Over half of all personal injury lawsuits in the U.S. involve some kind of motor vehicle accident, either from a car, truck, or motorcycle. Typically motor vehicle awards are not large, averaging a mere $16,000, but this figure is much reduced by the sheer number of occurrences. Factors affecting compensation are medical care required, eyewitness testimony, photographs of the scene, insurance limitations, and DUI/DWI conditions which may have been in evidence.

Cases involving medical malpractice can have some of the highest awards for successful plaintiffs, because fairly often the physical damage done to an individual directly affected his/her health for some period of time. Sometimes patients are harmed for life by malpractice, or in extreme cases, patients can even be killed. Approximately 15% of all personal injury cases prosecuted involve a claim of medical malpractice. However, this is a difficult claim to prove, and only about 20% of cases end up with the plaintiff receiving significant compensation.

According to an article by Brent Gleeson on Forbes, personal injuries are not the only kinds of cases that a person might be compensated for. Harassment in the workplace, wrongful termination, and discrimination may all be situations that entitle a plaintiff to legal recompense, and depending on the nature of the offense, a cash award could be involved.

April 14, 2015 5 Complaints That Can Lead to Compensation