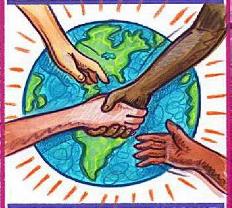 Wealthy individuals often take on active roles in philanthropy. Upon reaching retirement, many successful business people realize the tremendous opportunities for changing the world in a positive way. There is something emotionally rewarding about making a great impact in the lives of different people that face obstacles in society. While working for corporations, high-level executives and managers may only be aware of the tremendous tax credits that companies receive for making donations to charities. However, many business people become passionate about helping the world and start their own nonprofit organizations. Some of these entities are dedicated to resolving a variety of issues, and some focus on a single issue such as a certain cancer.

It makes perfect sense for people to initiate charitable organizations in their own hometowns. Change usually begins on a local level and then expands to other communities. Many charities also focus on helping out people in other countries. People in third world nations face life-threatening problems that need urgent resolutions. War, disease and natural disasters account for a lot of the difficulties faced by ordinary citizens in third world countries. Relief efforts are provided by U.S.-based charities that collect donations regularly. Sometimes, nonprofit organizations request that people donate goods rather than money. For instance, clothes and miscellaneous items might be very helpful to refugees that are left homeless in war-torn countries.

American charities also show compassion for nations that are struck by natural disasters like earthquakes, hurricanes and tsunamis. For example, the Caribbean region is often hit hard by tropical storms and cyclones that cause tremendous damage to property and human life. A country such as Haiti receives great support from American-based charities. Packages of essential items might be shipped to such a nation each week. At the same time, it’s also important to help residents rebuild their communities that have been devastated. At the end of the day, education plays a key role in providing relief to needy people. It is much more cost-effective to teach people how to solve a problem rather than just continuing to pour in money and goods.

Charities often send people overseas to educate local populations on important skills such as construction, mechanics, engineering, agriculture and digital technology. Some of the poorest nations might benefit tremendously from programs that train farmers to optimize harvests. Educational programs also focus on teaching English to native populations in third world countries. Young and ambitious leaders can arise from such countries that need to develop gradually.

U.S. charities also address some unique domestic problems. For example, hunger and homelessness are common struggles faced by millions of Americans. Nonprofit organizations might organize food drives and soup kitchens to temporarily feed such hungry U.S. citizens. Domestic violence and child abuse are some other common issues in American society. Compassionate charities strive to minimize such cases by providing shelter and other relief for victims of physical and emotional abuse. An organization like the Bob Parsons Foundation and other charities are examples of nonprofit entities that help out Americans and other foreigners in need. Educational improvement is another major cause supported by U.S. charities. For example, grants and scholarships may be available for low-income students that deserve the chance to pursue their college dreams.

« Protecting your business from natural disasters
Embrace, but Manage your Small Business Debt »