Home › General › Five Ways To Afford Your Next Traveling Adventure

Five Ways To Afford Your Next Traveling Adventure 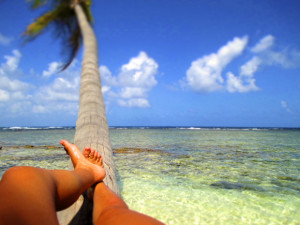 Many times when people think about traveling or going on vacations, they hedge at the idea because they imagine it will be expensive. They may only go on vacations every several years because of this, in fact.

But, traveling and vacationing really doesn’t need to be expensive, as long as you pay attention to a few basic concepts regarding gathering money in the first place, and then saving it during all of the steps of your travel plans. Consider the five following ways of being able to afford your next adventure with respect to crowd funding, airfare costs, lodging costs, food budgets, and experiential rather than material gain.

Get It Crowd Funded

One of the more recent ways that has become popular for people to be able to afford traveling is by getting their trip crowdfunded. Though crowdfunding was initially an idea to help startup business, it’s now being used to fund all sort of different things, because it presents a different way to connect emotionally with people who support you. Setting up a travel crowdfunding page has never been easier, and many people find success via this route that they never would have achieved had the possibility not been present.

Save Money On Airfare

There are lots of tricks for saving on airfare. Use them! Buy your tickets early. Figure out the difference between one-way and round-trip tickets. Say that you’re leaving from a different location. Ship belongings instead of carrying luggage on the plane. There are tons of ways to save hundreds of dollars on your airplane tickets simply by looking at all of the loopholes with regard to time, location, and carryons.

Another huge expense that occurs with travel is lodging. However, thanks to cheap ways to stay places, this is no longer a big deal. No more hundreds or thousands of dollars being spent on hotels or fancy places to sleep and eat. Now, it’s all about coordinating timing with people who have space to rent to you.

Give Yourself a Food Budget

Food can be another loss leader when it comes to going on vacation. If you make a budget for yourself in advance, however, and promise that you won’t go out to eat, you will again be saving yourself an incredible amount of money on the trip overall.

Think About Experiences Rather than Stuff

People often buy stuff when they travel. Stuff is expensive. Stuff takes up space. The need for stuff will prevent you from traveling. So, instead of that mental hangup, go traveling with the thought that you’re going for physical experiences rather than purchasing things, and that will keep costs way down in the end.

October 26, 2015 Five Ways To Afford Your Next Traveling Adventure