Home › General › How to Handle the Assets of a Closing Business

How to Handle the Assets of a Closing Business 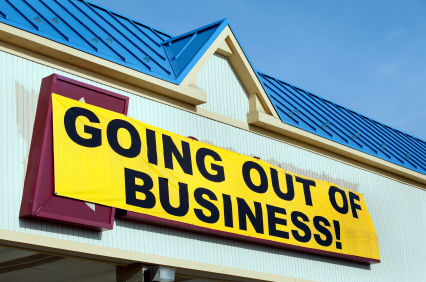 Closing a business—particularly a well-established one—can be quite daunting. Paperwork, legal issues, and of course, money, are all factors that come into play throughout the closing process. However, one of the foremost tasks associated with a closing business is referred to as “liquidation.”

Quite simply put, liquidation is the act of selling off a business’s assets for cash. The cash is commonly used in two ways. First, cash from liquidation is often used to pay off any creditors that are still owed.  Or, the cash is pocketed by the owner or split among key parties in the business’s operation.

What Assets are Typically Liquidated?

A business’s assets are largely dependent on what type of business it was. To start, compile a list of any tangible property owned by the business. Be sure to include any accounts receivable that is owed to the business (i.e. rent, deposits, etc.). A few common staples on the list should include business equipment, furniture, company cars, property, deposits, and prepaid insurance premiums.

You should also include a brief description with the property, depicting the overall condition of the property, and who is actually in possession of said property. For example, you may own the company cars, but your partner(s) might own the building in which the cars are parked.

While tangible property is most often liquidated first, in some cases there is property considered “intangible,” that can also be liquidated. Some examples of this include contracts (suppliers, customers, etc.), copyrights, patents, commercial leases, and even the company name in certain instances.

Throughout the liquidation process, you will want to keep accurate records pertaining to each particular asset. These records can ultimately end up becoming a legal lifesaver in disputes with creditors and bankruptcy filings. Questions you should answer include:

Assets cannot be liquidated if there are no buyers to purchase them. Therefore, as the asset owner, it is up to you to prospect for potential buyers. Throughout your career as a business owner, you have likely built up a list of industry contacts, as well as appropriate suppliers. These two sources are always quite lucrative with liquidating business assets.

An untapped resource that you may not have considered is your former competitors. Because your business may have similar assets, a competitor may be interested in purchasing one or more of your listed assets. In a lot of cases, competitors have also purchased intellectual property and patents.

The internet also holds a wealth of potential when liquidating assets. Sites like eBay and Craigslist have revolutionized the way common goods are listed and sold. Tangible assets such as furniture and office equipment often get a lot of attention when posted on Craigslist, and if you’re willing to ship, eBay can open your liquidation up on a national, or even international, scale.

Typically, a business closes because it is simply not bringing in enough money to sustain itself, which often results in numerous creditors and large amounts of debt. With that in mind, be sure to delegate which assets are being used as collateral for a debt. These assets are called “collateral,” and cannot be sold without first receiving permission from the creditor(s).The asset is usually given to creditor to pay back some or all of any owed debts, or the asset is sold (with the creditor’s permission), and the money is used to pay back the creditor.

« Can You Really Invest In A Dream?
Showing Appreciation for Your Corporate Clients During the Holidays »

November 12, 2014 How to Handle the Assets of a Closing Business