Home › General › Middle of the Road: How to Shop for a Subcompact Car

Middle of the Road: How to Shop for a Subcompact Car 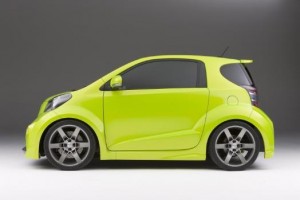 It’s more than a small car. It’s a vehicle built for high fuel economy and long-distance driving. It used to be that “subcompact” was synonymous with “cheaply made” or “stripped to the bone.” Not anymore.

That kind of subcompact vehicle is almost non-existent. Manufacturers are able to build vehicles like the new 2016 Ford Fiesta with all of the latest technological gadgets without compromising safety.

How can subcompacts pack in all these features? In 2012, government regulations required all vehicles be equipped with anti-skid systems, including anti-lock brakes, traction control, and other dynamic traction safety systems.

Low prices are, of course, still a feature of this class of vehicle, with most subcompacts being priced between $9,000 and $15,000.

The biggest advantage of a subcompact is the price. Clocking in at $15,000, even an expensive subcompact is half the price of a full-sized sedan. Most of these vehicles are in the $10,000 price range, if you’re looking to spend conservatively. Considering that a lot of used vehicles from 5 years ago cost that much, subcompacts are a great deal.

They also have small engines, which leads to increased fuel economy and lower insurance costs. Many of these vehicles are also classified as low or zero emissions vehicles.

With all of the benefits, why shouldn’t you choose a subcompact? For starters, the engines are tiny. You won’t be feeling any “get-up-and-go.” If that’s important to you, then you’ll be sorely disappointed.

Young kids, who sometimes like to drag race as a rite of passage, aren’t going to be happy driving these kinds of cars. But, they’ll definitely go highway speeds, though you may have to put the pedal to the metal to get up to cruising speed on the onramp.

Another downside is that they’re small. If you have a big family, need to accommodate a large dog or a lot of stuff for a long road trip, you’re not going to have much space to move in these vehicles. The gas mileage makes it great for road trips, but the space can sometimes be lacking.

Should You Do It?

It’s largely a personal decision. People who enjoy driving these cars are people who tend to be patient on the road, concerned more with fuel economy than looking cool or going fast, and are budget conscious.

If this describes you, then you’re probably a perfect fit. Just make sure you test drive several models before you buy.

And, don’t rush into any dealer financing offers. Because they’re so cheap, you can afford to be picky and get a loan from your own bank. Or, better yet, save up and pay cash. They’re so cheap, that that’s actually a viable buying option.

George Davis has plenty of car buying experience in his role as a fleet manager and likes to pass on his insights to an online audience. George writes frequently for a number of automotive and consumer websites.

« 5 Ways to Make Sure Your Website Brings You Money
Worry-Free Retirement: The Benefits of Downsizing Your Life »

November 24, 2015 Middle of the Road: How to Shop for a Subcompact Car