Home › General › Reinventing yourself for success: can it be done?

Reinventing yourself for success: can it be done? 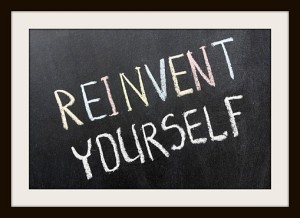 The business world is a place of constant change. As the economy ebbs and flows, and the needs and desires of consumers change, a business must find new ways to sell its products and market its brands. Sometimes, even after the best efforts, comes the realization that its place in the industry has been disrupted to such an extent that reinvention of the business is necessary.

Most reinvention within the business world occurs involuntarily, resulting in new business players stepping up and stepping in to reinvent the market place and revitalize industry. Now more than ever, businesses confront obstacles that require them to make fresh starts and embrace bold choices.

Succeeding at reinventing your company requires that one first identify the cause of the disruption. Disruptions to businesses are either external or internal. For example, large companies that have faced disruption from the outside, such as Kodak and Nokia, found that their once-innovative products were being preempted by the imaginative and futuristic products of Apple, Google and Samsung. For Sony, Yahoo and other companies, the need for reinvention stemmed from a weak or overly-constrained organization that lacks the kind of leadership needed to get through tough times.

Successful reinvention often means being willing to let go of what made it big to start with. Take IBM, for example. When the company began to founder in the 1990’s, the result of so-called “PC clones” flooding the market, the company had to innovate or face a slow death. IBM made a daring choice, abandoning the very heart of its original business model – producing PCs and other computer hardware. Now, the company’s focus became providing computer services and IT expertise to businesses, as well as increasing their investment in the server business. Today, IBM is held up as a model of successful corporate reinvention in the Internet age.

Sometimes successful reinvention for a company involves literal reinvention of the products. Apple has made an enormous success out of reinventing machines that other people already invented, taking the personal computer, as well as hand-held devices such as MP3 players and smartphones, and revolutionizing their technology to make them lighter, faster, better. In some ways, you could say, Apple has reinvented the reinvention business, and continues to do so.

Las Vegas was desperately in need of reinvention in the early 1980s. As other states began to bring in gambling, the casinos in Vegas were feeling the pain as revenues dropped.

Enter Steve Wynn, who had previously revamped the Golden Nugget casino and believed that the destination could be reinvigorated by focusing on family-oriented activities, transforming Vegas into a sort of “adult Disneyland”. He began with the Mirage Hotel and Casino in 1989, followed by new hotels and renovations up and down the Strip. Today, the city of Las Vegas has been transformed into a luxury destination drawing visitors from around the world and one of the fastest growing economies in the US. More information can be found about Stephen A Wynn on Wall Street Journal.

Reinventing a business is a process that often occurs organically, but being able to guide a business through this process, finding the best path to go, requires strong leadership and vision for the company. Whether the changes must be made internally, or require alterations in products or branding, the process of reinvention is one that all businesses face. Rising to the challenge and embracing the prospect of business evolution will ensure that the business takes the steps necessary to make a way, a successful way, into the future.

« What is the economic effect of accidents and injuries?
Florida Man Strikes Again: Tips for Keeping Safe and Financial Sound in the Sunshine State »