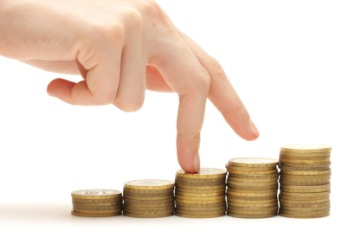 Sometimes you feel like you just don’t get paid enough for all of the hours and energy you put into your work day. People that make minimum wage think they don’t make enough money, but even the people that make a good deal of money in their paychecks may feel like they are getting short changed.

There are employers out there that are happy, and can afford to, pay their employees a great yearly wage. There is far more to happiness than just making money though. But you don’t want to spend all of that money chasing happiness, save some of it too.

If you’re not lucky enough to already have an employer that is paying you a minimum of $70,000 a year you may be considering asking for a raise. Before you bother asking you’ll want to make sure that you actually deserve a raise. Take some time to look at what you offer the company, your work performance, and how much more work you want to do in the future.

You want your boss to know why you deserve a raise, so make sure you have accomplishments to share with them. You don’t want to talk about personal reasons for wanting a raise though. Your boss wants to hear that you believe you deserve more money because you put your life into your work, not that your wife lost her job and your child has the measles.

Don’t, however, talk about the income of other employees, and never make ultimatums. There really is never a good time to make ultimatums in any relationships, even work ones.

Once You Have You Pay Raise

So you got your raise, now what are you going to do with that extra money? Start out by investing some of that money so that it can do more than just grow into more, but it can also be there for you when you are in desperate need of more. That includes starting a savings account.

With the money you are spending you will want to start making wiser spending choices. That can be done by buying cheaper items, when it’s called for, and purchasing more quality items when it comes to things you want to last and not have to replace often. Cheap can mean generic foods, but sometimes spending more on clothing and appliances gets you products that will last longer.

Just because you get a raise doesn’t mean you want to be spending money on toys and vacations. It’s important to still spend wisely and make your money do more for you. Remember, money doesn’t grow on trees, so do your best to make your money give you the things that you need and not on things that you impulsively feel the need to buy when you’re bored or checking out.

September 24, 2015 How To Negotiate A Raise And Hold Onto More Of Your Money