How to Handle Insurance Claims 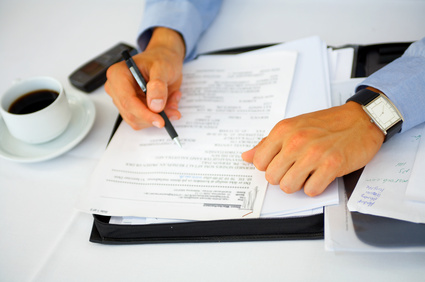 While insurance is a good thing, the truth is that most insurance companies are very cunning. They all have some nice advertisements with beautiful tales of how good their deals are, but actually when it comes to that time when you are making claims; all insurance companies are pretty much the same. No matter what they say about themselves, they are never really happy to pay your claims just like that. That is why you should be very carefully when placing your insurance claims, because insurers like to take advantage of any loopholes or inconsistencies to reduce the cost of your claims, or if possible, to do away with your claims altogether. Your Personal Financial Mentor enlightens you on how to handle your insurance claims.

First of all, when it comes to personal injury claims, you should never record an initial statement with your insurer describing what happened. Actually you have no duty to give such a statement to the insurance company. The danger is that most insurance adjusters actually use your own statement against you. In fact, it is the insurance adjuster’s duty to collect all the necessary reports from the police, so let them do their work. Also, don’t agree to sign any medical record provided by the insurer, because you will most likely be setting up a trap for yourself.

In case of serious injuries, where your medical bills are going to be very high, it is advisable that you enlist the help of an injury lawyer who has experience in dealing with large insurance companies. Such a lawyer will advise you accordingly and help you negotiate fair settlement with your insurance company.

As for property damage claims, you should not be any less careful either. If, for example, you were involved in a crash, you have the option of making claims either to your company or the other party’s company, if it is the other party that was at fault. If the two insurance companies are in dispute over who was at fault, they usually go into arbitration, where they decide which one of them will pay for the claims.

If your vehicle is totally written off, there is usually a dispute over the cost of the vehicle given factors like depreciation. This is where you should not be in a rush. Don’t fall for the numbers you will be thrown at. Instead, you should do some research. There are online tools that calculate the costs. Once you know the actual value of your vehicle, it is easy to make an informed decision.