Speculation in the Oil Commodity Market 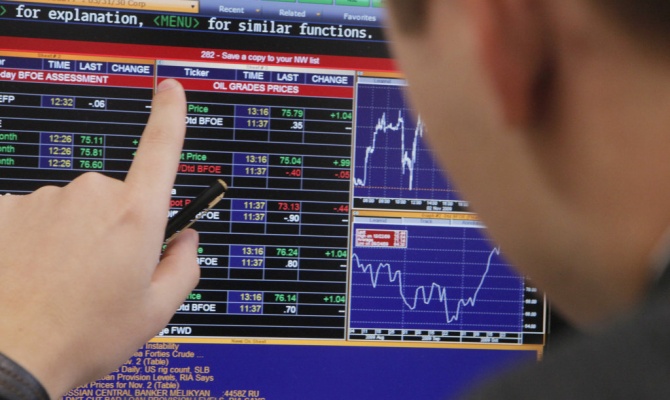 Speculation in the oil commodity market was one of the most talked topics between 2003 and 2008. This speculation was caused by oil futures. Traders bought futures contracts for oil to be delivered at some later date and then sold those contracts at a higher price before the maturity date. They used the proceeds to buy more futures contracts for delivery at a more distant date and hence, the speculation cycle continued to grow. Oil Futures opened a new way for traders to bet on whether oil prices would increase down the road. Once they were locked into a contract, they had to purchase the oil barrel at a price mentioned in futures contracts, even if the prices quoted in the market were higher when the barrel was delivered.

This is how the speculation mechanism works in the oil commodity market. Expectations that the oil prices will increase in future motivates investment institutions like hedge funds or mutual funds to take positions in the futures market. Therefore, whenever the demand for oil futures increases, so does its price, which eventually affects the current oil price. These financial and investment institutions act as speculators in the oil market. They inject millions of dollars in oil commodity exchanges for a limited number of oil barrels and as a result, oil prices increase.

Speculation creates an artificial market where volatility is always high. These markets are unpredictable and irrational. Hence, speculation caused a major shift in economic fundamentals that determines the supply and demand as well as the prices of the oil. But speculation was not the only factor that pumped up the oil prices. Demand for petroleum in China and India dramatically increased and also contributed to an increased price. In the early 1970s, consumption of oil in the United States of America was about one third of the total oil consumption worldwide while China was only consuming less than 1%. But according to a survey by the International Energy Agency in 2011, oil consumption in the U.S. was less than 22% whereas China was consuming 11%. Therefore, speculators got encouragement because of the rising demand in petroleum as well.

It is not safe to invest in an oil commodity anymore because of the market speculation. High volatility increases the risk of investment. It is very important for you to consult Your Personal Financial Mentor before investing in the oil commodity market because in a speculative environment, there are no rational investors. In January 2013, oil prices started increasing more than ever and on 8 February, 2013, oil price was $118.90/barrel. The average price of Brent Crude oil is expected to be $105 per barrel which is lower than the 2012 price of $112. It is expected to fall even more in 2014 because of the increase in the oil supply. And so it can be said that the market speculators, who benefited from the speculation in the oil bubble of the last ten years, will not be able to affect the oil prices as much as they did before because fundamentals are likely to contribute in the long run to determine the trend in oil prices.

More about oil speculation and oil prices you can learn from this video: