Home › Real Estate › Should I Buy a Home in an Uncertain Volatile Market?

Should I Buy a Home in an Uncertain Volatile Market? 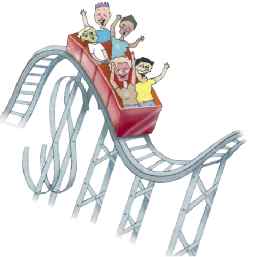 Buying a home in uncertain economic times may not be the best decision for anyone when the long-term impacts are considered. Finding a lender who will provide a mortgage with a locked-in interest can be difficult, especially when the buyer has a low credit score. Acquiring funds to purchase a home can also be contingent on several factors, such as home location and the length of the mortgage. In uncertain economic times the uncertainty controls the market.

A typical buyer who is looking for a mortgage is doing so for particular reasons. Many times this an expanding or relocating family, or an established family that is making a home upgrade after careful long-term planning. Whatever the reason, many of these potential buyers can have difficulty finding an acceptable interest rate if their credit score is acceptable to the lender in offering a low locked-in interest rate because the future cost and availability of lender funding can change quickly when national banking policy changes.

One of the problems for a typical home buyer is the difference in interest rates application for the lender. While a prudent potential buyer is looking for an acceptable long-term non-adjustable interest rate, lenders will look at the forecast of available future funds, along with the future possibility of an employment status change for the borrower. This situation can be evidenced by the fact that housing sales were down by 2% in August 2014 and a full 10% lower compared to last year at this time. Additionally, those were based on actual home closings, so the decision to buy was made well in advance. When both the lender and the borrower factor in the trend that home values are still decreasing in some regions of the nation, the volatile market also makes a difference in the offered rate for the potentially reluctant borrower.

The price of available money and the actual amount of newly available money is determined by the United States Federal Reserve Bank. The national bank determines how much lenders must pay for the money they will then loan out. The September meeting of the Federal Reserve revealed that interest rates to lending agencies will assuredly go up in early 2015, as the Fed announced after the meeting that they will cut available funding by $10 billion but will hold out on an increase in bank interest rates until at least next year. However, that increase in rates is one thing that is certain in the current economic evaluation as QE money policies have no place to go but upward. The differential between short-term Fed interest policies versus long-term loan holdings for lenders creates the housing uncertainty. The apparent winner in short-term policy in terms of economic growth will be the stock market, even though housing is still a major indicator.

Home buyers with enough personal wealth are finding the current housing market very attractive, as real estate agencies in high-end housing markets have abundant listings for those without the need for a home loan. Many high-value homes that will assuredly increase in value are available in the current market, and these solvent buyers are buying in many attractive locations. This is especially true in places like New York City and Miami. For those who are contemplating borrowing, the outlook is bleak. But, for those with expendable capital, the future outlook is apparently bright.

September 28, 2014 Should I Buy a Home in an Uncertain Volatile Market?