Home › Investment › Why Invest In The Fintech Sector?

Why Invest In The Fintech Sector? 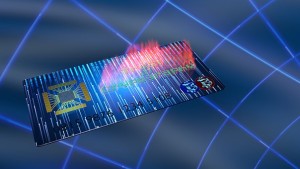 Fintech is a relatively new term which was created when financial companies timidly started to implement cloud technology in the services they offered. Insurance companies were the first financial businesses offering their services in an automated way, a trend which was later picked up by the other companies. The integration of information technology services in the financial ones led to the now known fintech which has become an industry itself.

Fintech is seriously shaping the financial industry since 2014

In the first years when companies started using technology to simplify their activities, fintech was considered a vulnerable industry. However, IT companies started to create targeted solutions for financial companies only which is why fintech “exploded” in 2014 when a great number of companies in the greatest financial centers in Europe started receiving funds for creating programs, cloud computing and storage solutions for banks in countries like the UK and the Netherlands. That was also the moment in which companies which would only offer their services to financial institutions appeared. Fintech companies in London, Amsterdam and Stockholm received funds worth a total of 1.5 billion US dollars for creating customized programs for financial institutions.

At the other end of the world, in 2015 Singapore launched the first fintech initiative through which fintech startups would receive grants worth a total of 225 million US dollars over the following 5 years.

An outlook for the fintech industry

An emerging industry could not go unnoticed given the fact that so many reports trying to foresee where fintech is heading have been released. Without an exception, all reports indicate that fintech is the next best industry to invest in.

Numbers show that 88% of the largest financial companies in the world are currently planning to expand partnerships with fintech companies in an attempt to bring innovative services to their customers. Insurance companies, banks, investment managers, pension funds, wealth management companies are working on coming up with blockchain, cryptocurrency, e-payment and artificial intelligence solutions which ease the access of customers to their money.

Take the example of Singapore which is ready to invest 225 million dollars in the fintech industry: the influx of investors establishing companies in Singapore with the aim of creating financial solutions is expected to surpass 150 billion dollars in the next 3 to 5 years. Its main competitor, Hong Kong is following the same path with the same results. Hong Kong is home to nearly half of the 100 largest fintech companies in the world; and there is still plenty of rooms for those who want to start businesses in Hong Kong.

Investors interested in the fintech industry will observe that most banks are currently focusing on developing apps for servicing their clients. In the meantime, the investment fintech sector is keen on offering robo-advisory services, while financial markets all over the world are interested in blockchain technology.

Most likely cryptocurrency will soon become one of the most sought commodities on the financial markets with many countries regulating fintech, so for those interested in innovation, fintech is the next stop.