Home › Stock Market › Playing the Market: 4 Underrated Stocks That Will Flourish in 2014

Playing the Market: 4 Underrated Stocks That Will Flourish in 2014

Looking to make some serious money from stocks in 2014? Start investing in these companies now while they are cheap so you can make a nice profit when they become more popular. The sooner you buy, the more you will make. 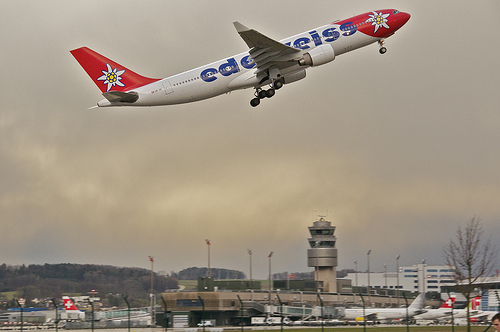 Air Lease is a company that leases planes to airlines. Currently, the company has just under 200 jets that it leases to about 75 airlines. As the travel industry evolves, this leasing option will look more and more attractive to airlines. Instead of spending a lot of money buying a jet, they can lease one for considerably less.

Air Lease will also increase its profits in the coming months by brokering airplane sales. When an airline agrees to use Air Leases jets, they often find that they don’t need their old vessels anymore. Air Lease steps in to help sell those planes to other companies.

Expect this company to grow considerably over the next couple years. The airline industry is still searching for a way to make itself more profitable. This will likely become one of the best ways. By leasing jets, the companies don’t have to pay as much for maintenance and upgrades. What looks like a short-term fix could actually make the industry more profitable while giving Air Lease a chance to grow faster than expected.

Yes, JPMorgan Chase has been kicked pretty hard over the last couple years. It has had to pay huge fines to regulatory agencies; it’s earned a terrible reputation; and, even though it did better than most banks, it still got a little dirty during the global recession. Jamie Dimon once looked like the only smart person in an industry of buffoons. Now, a few mistakes have caused the media to turn on him.

Despite those problems, JPMorgan Chase is one of the world’s best banks. That might sound a little ridiculous at the moment, but it doesn’t take much research to see that it does better than its competitors. Mistakes were certainly made, but Dimon is still one of the smartest people in the banking industry.

Besides, these short-term problems have lowered the company’s stock value. That makes it a great buy. If you purchase now, you’ll make money as the company’s reputation improves. It will happen. It just takes a little time.

John Wiley & Sons, a publisher located about 20 minutes from Newark, isn’t worried about what some experts say about the publishing industry. While other publishers are running for the digital hills, John Wiley & Sons has diversified its approach to include print and digital media.

That’s one reason you should pay attention to this company. The other is that John Wiley & Sons publishes some of the most influential academic journals in the world. Its list of technical books and journals outranks that of every other publisher. The company plans to transfer some of its educational material to the Internet while publishing some in good old paper form.

John Wiley & Sons’s stock price fell during 2013 3Q. Don’t let that stop you from buying. It’s poised to increase sales next year. If you live in the area of this company and would like to do additional research on them, check out their web page via your Newark, NJ Internet connection.

G&K Services, a company that focuses on renting uniforms, made all of the right moves during the recession: it reduced its debt and saved money. Now, it has the opportunity to use that good business sense to catapult it into bigger profits.

The executives at G&K made smart decisions, but they’re also lucky. Many hospitals, grocery chains, manufacturers, and fast food companies don’t want the expense of purchasing uniforms for employees. They’d rather have a third-party company handle designs, washing, and other services.

As more companies go this route, they will turn to G&K. This combination of smart financial maneuvering and working in a growing industry will push its stock prices up in 2014.

If you’re using stocks to plan your retirement, you may want to consider diversifying your portfolio with other financial products like annuities. Do your research before investing in them, though — videos about the pros and cons of variable annuities, and read up on how they work.